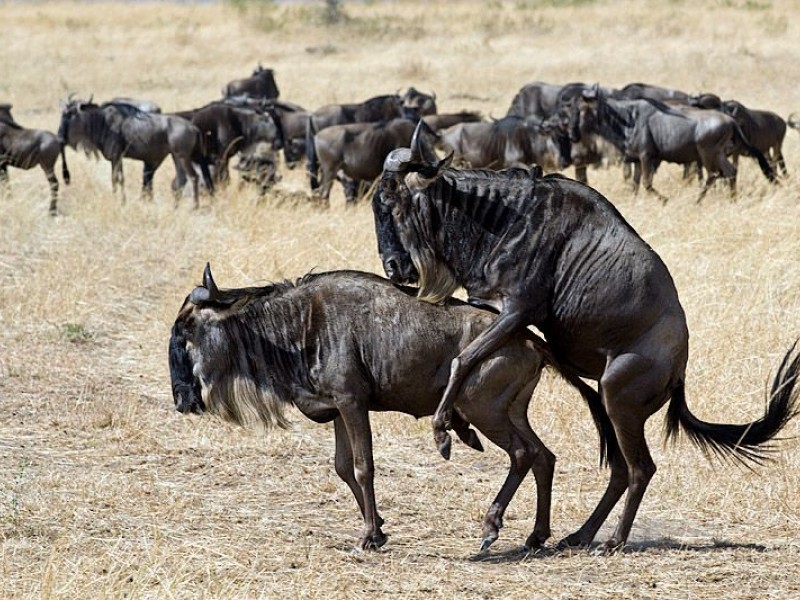 The Masai Mara extends over an area of 3,000 sq km and it is a holiday destination to die. It is home to a diverse collection of animals including Africa’s big 5 (Cape buffalo, Elephant, Lions, Black Rhino, and Leopard). Other popular residents in the park include giraffes, zebras, gazelles, wildebeests, cheetahs and more. Over 500 species of birds can be spotted across the reserve. Masai Mara is the most visited national park in Africa. We have orchestrated this 3 days masai mara budget camping safari to take you through Masai Mara rich savannahs, allowing you to experience first-hand, the beauty of its scenery. The icing on the cake is the thousands of varying wildlife population scattered all over its lush green grasslands. The splendid sunsets and ethereal landscapes, are some of the reasons this Masai Mara budget camping safari is such an adventure. As the saying goes, “The only man you should envy is the man who has not been to Masai Mara National Reserve, for he has so much to look forward to.”

Day 1: Nairobi Masai Mara National Park
Pick up from your hotel in Nairobi at 0800 Hours and depart for Masai Mara by road. On our way we make a brief stop at a viewpoint to enjoy the views of the Great Rift Valley. Continue by road driving through the lower portion of the Great Rift Valley and across the iconic savannah wilderness to the world famous Masai Mara Game Reserve arriving at the camp in time for lunch, followed by some leisure hours for a siesta before you depart for an afternoon game viewing drive till evening returning back to the camp before sunset. Dinner and Overnight at Mara Miti Mingi camp Meal Plan Lunch and Dinner

Day 2: Masai Mara National Park
After breakfast, we depart to a full day in the Masai Mara Game Reserve in search of the big cats of the Masai Mara and the spectacular wildebeest migration. The Mara has one of the richest wildlife ensembles, as well as being the backdrop for the spectacular world famous annual wildebeest migration. The migration is considered to be one of the natural wonders of the world, especially as they cross the Mara River. Game viewing is never dull in the Mara and patience is usually rewarded with unique sightings. Diner and overnight at Mara Miti Mingi Camp or similor Meal Plan Breakfast, Lunch and Dinner