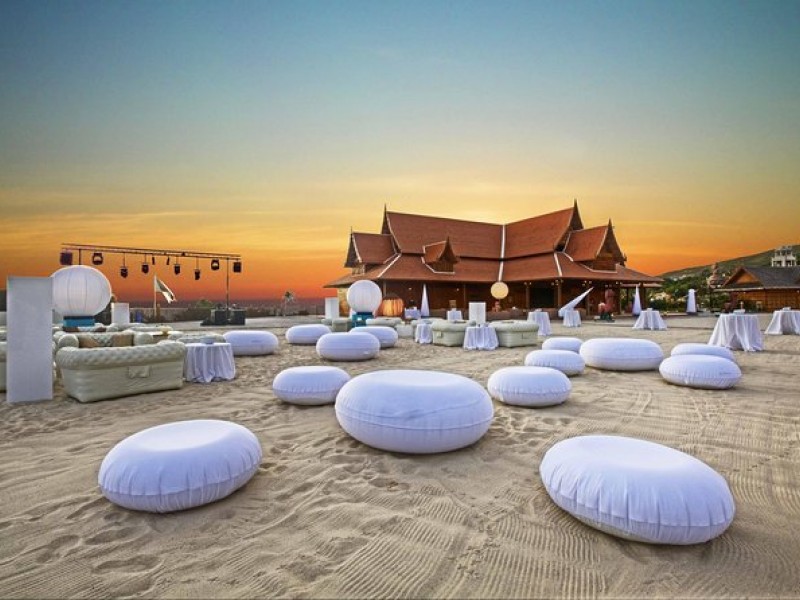 Discover one of Tenerife’s most thrilling and extensive waterparks on your next trip. Opened in 2008, Siam Park features waterslides, a lazy river, a wave pool, and many more attractions. Secure your admission in advance, and choose from a number of different tour options: standard admission, admission with included lunch, a deluxe pass with all-inclusive service and a fast pass, or Champagne club entry which comes with a bottle of bubbly. In Siam Park, there are rides and attractions for everybody! The list includes: Mai Thai River; Siam Beach; Cabanas; Champagne Club; Floating Market; Sea Lion Island. Family. Naga Racer; Sawasdee; Jungle Snake; The Lost City; The Wave Palace; The Giant. Adrenalin. Kinnaree; Mekong Rapids; Dragon; Tower of Power; The Volcano; and the powerful Singha. Siam Park is part of Loro Parque in Tenerife Island (in the south), Canary Islands, Spain. Siam Park features a Siamese theme, and claims to be the most spectacular water attraction in Europe. The park was even opened by Her Royal Highness the Princess of Thailand Maha Chakri Sirindhorn. The principal owners are Wolfgang Kiessling and his son Christopher and other small partners, president and founder is Mr. Wolfgang Kiessling.